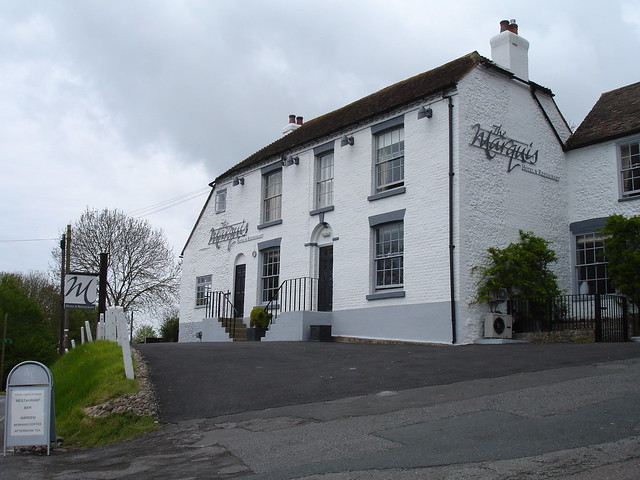 Next week Googies will welcome into its kitchen a legend of the Kent culinary scene. Charlie Lakin has been doing fantastic things with Kent produce since he moved down to the southeast from Yorkshire to work at Dunkerley’s in Deal in 2007. From there he moved to The Marquis at Alkham where he’s really made a name for himself. Now he’s made the tough decision to leave The Marquis and Kent behind to pursue a more family oriented life in his wife’s native South Africa. Luckily for us, he is offering the people of Kent a few final chances to sample his handiwork at various venues around the southeast.

Some of you may have seen Charlie competing for the North a couple of series ago on Great British Menu – apparently his accent was too broad to compete for London and the Southeast, there was even mention of subtitles from the BBC producers! Although he didn’t get as far as we would have liked him to, you could see the talent and innovation that form the foundation of his exceptional cooking. If anyone hadn’t heard of The Marquis at Alkham before the series aired, it was definitely on the map afterwards. The main things that stand out about Charlie are his hands on approach, his championing of Kent produce and his love of foraged ingredients. Being the son of a Yorkshire farmer, Charlie has a fondness for good honest food and that’s what he serves up: the best ingredients, prepared simply but magnificently and presented with precision and care. He does all his own butchery, enjoys foraging for ingredients and has built a network of top quality suppliers around the county which have helped catapult him and The Marquis to 3 AA rosettes and numerous other awards. Googies has played a big role in Folkestone’s evolution from forgotten seaside town to up and coming cultural mecca; you can read more about some other special events they’ve hosted here and here. They’re always evolving, adding more, taking away, rejigging things and just generally trying to become better each day. But evolution aside, they’re most well known for their burgers and American-British comfort food. For this one night only event, happening on Thursday, July 17, Charlie will be offering diners his take on the Googies menu. His menu isn’t set yet, but I have been tipped off by the man himself that the star of the show will be some Sladden Farm Dexter beef. There will be a variety of foraged ingredients too that people may never have tried before, possibly including “hogweed, sea buckthorn, mugwort, wild carrots, pineapple weed and [pretty much whatever Charlie] can forage from around Folkestone on the morning”. So I think it’s pretty safe to say that those who have managed to book a table will be in for a real treat.

The price is £30 per person for five courses and, unfortunately, tickets are already sold out! But you can join a waiting list to be in with a chance should there be any cancellations, just call Googies on 01303 246188. Besides the evening at Googies, Charlie is doing Sunday lunch at Chequers just outside Deal on July 20 and two nights at Victuals and Co on July 22/23 where he’ll offer a more traditional tasting menu. He might also be manning the barbecue at some point during The Berry’s ‘Glastonberry’ and summer beer festival on July 25-27, so you’ve still got a few chances to catch him before he jets off to the other side of the world.

A Crust Eaten will be covering the evening at Googies, and you can bet I’m going to be thoroughly involved, so check back here next weekend for pictures and news from the event itself. In the meantime, get your name on the waiting list and/or get tickets for the other events listed above. Hurry!