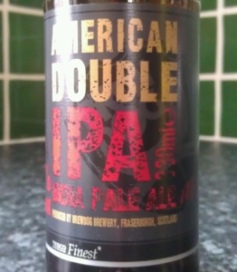 Whenever we get the chance, we like to try beers we’ve never had before. So when I was wandering the real ale section of Tesco on Friday, searching for inspiration among the run-of-the-mill ale selection that blights most supermarkets, who was to know that out of all beers I chose the one that would make the biggest impression would be from the Tesco Finest range.

Surprisingly rebranded for Tesco, the Double American IPA is actually brewed by BrewDog in Scotland whose tag line is, ‘Taste the hops, live the dream’ – a sentiment I can totally get behind. Being partial to very hoppy beers, this one was immediately in my good books.  It endeared itself to me even more when I read that it was inspired by the California craft brewing scene and was made with American hops imported from the west coast – the part of the world I herald from. It’s everything an American-style IPA should be: hoppy, citrusy and clean with the addition of a caramelly alcohol warmth. Don’t be put off by the huge 9.2% abv, it packs a punch but you’ll enjoy every caramelly blow. 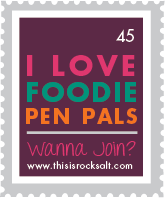